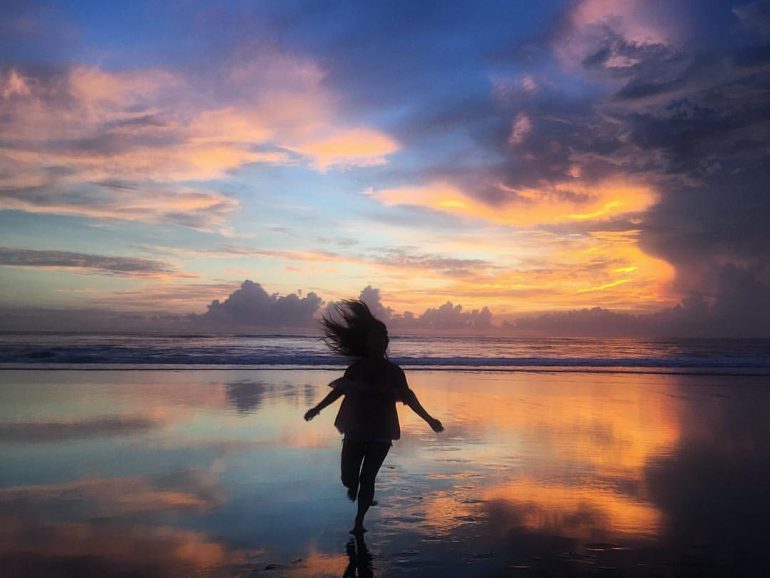 I used to be a planner. Many times, anxious-riddenly so — constantly thinking about what I needed to do to get to where I wanted to be.  I tried to stay ten steps ahead, so planning came naturally to me.

But the thought of not having a plan was one that I couldn’t handle with grace — the questions would build up in my head and anxiety would creep in to have me worrying more about what could go wrong, instead of being excited about the journey itself.

I guess that’s why when I decided to drop everything to travel the world for the first time, I did so without that much of a plan.  I was at the point in my life where I needed a complete life change.  And part of that came with having blind trust and faith that things would just ‘work out’.

I wasn’t coached into this shifted way of thinking by anyone because almost everyone around me was a planner as well.

Society gifted us with an easy-to-follow guide on how to live a happy life:

What they don’t tell you is how many unplanned events can happen and completely disrupt your plans – and life.

I had planned to climb up the corporate ladder in New York City, make enough money to appear to make a lot of money and stack up my closet into a pinterest-worthy photograph.

I had planned to make it ‘big’ – pursue my passions and discover my ‘million-dollar-idea’ to become rich and put my family on a yacht after buying my father the Porsche he always wanted.

And then all my plans went to sh-t.  Because then my father died.

(READ: 10 Things I Learned While Dealing With The Death Of A Loved One)

I went from having a fine-tuned idea of what my life should look like – to having it flipped completely upside down and my grand plans rendered useless.  That’s the thing about life — there are no guarantees but the guarantee of having something unexpected happen out of the blue.

So I started shifting my mentality and expectations of my future – to one that invited the idea that things can happen that change the course of your life.  I started inviting the idea that sometimes, not having a plan is okay.

Sometimes, not having a plan is better than having one.

In the last 8 months, I’ve flown all across the world in the most inconvenient fashion.  I had to cancel much of my planned itinerary because of unexpected events.

This last February, I had planned to go to Bali to settle into a healthy routine for a few months.  I found an apartment near the ocean, nestled in a peaceful surf town. It was exactly what I needed. I rented the room and a scooter for a month, along with a monthly yoga pass.  I had plans to stay for a while, get unpacked and make it my new home. Then I got a text message from my mother back in the States saying that my grandmother had become very ill – and that we didn’t know how much time we had left.

So that night, I booked a one-way flight to Washington, D.C. for that following week.  I cancelled the apartment and got a refund for my yoga pass.

I flew over 33 hours to go back to the States.  I could have planned to come back to Bali afterwards, but I didn’t know what would happen with my grandmother.

So I put my escape-to-Bali-and-settle-there-for-a-while plan on hold, and decided that I would take it all as it came.  Because plans can change. After a few weeks at home and my grandmother became stable again, I booked a two-week trip to Nicaragua.  I planned to stay at a surf camp for a week, then head up to El Salvador for another week.  Two weeks total.  I even bought a return flight back to New York (very unlike me).

I didn’t expect to meet five other travelers who I’d bond with during that week in El Salvador, only to invite me to come back to Nicaragua with them.  They somehow convinced me to cancel my return flight.

They even convinced me to jump off waterfalls into natural pools for the first time.

I had never met people on the road and continued traveling with them.  This was a first for me.

Just like that – my plan to return back to New York was cancelled.

And I ended up having the next two months be filled with some of the happiest moments in my life – through which I’ve met wonderful strangers who I can now call friends.

Fast-forward a few months later and I’m playing tourist in London, spending a week and a half cycling around the city, snapping photos around Trafalgar Square, tasting curries in Shoreditch and crashing on couches with old Brooklyn friends in Hackney. I wake up on a Saturday morning in my hostel bed to 15 missed calls and text messages informing me that my grandmother had passed away while I was sleeping.  And the funeral was the following Monday.

I had just two days to make it back to the States.  Scrambling, I searched for the cheapest one-way flight back, and $700 later, I found myself on a train to the airport to catch the same-day flight to New York City I booked just a few hours before.

Life doesn’t always go according to plan, and I’ve come to accept this as fact. Because of this, I spend less time worrying about what could happen, and instead enjoy where I am in this very moment.  I’ve learned to appreciate the present much more than I used to. Sometimes, when you’re open to life leading you (instead of you leading your own life), you open up the door for unexpectedly beautiful things to come your way – and many of these things will become the moments you cherish the most.

So maybe you should plan to have no plan. Because sometimes, having no plan can turn out to be the best plan of all. If you liked this article, I think you’ll like these as well: 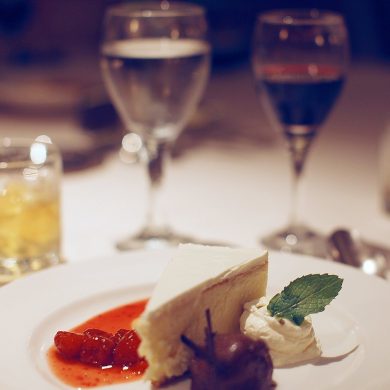 The Vacation Perfect For The Foodie