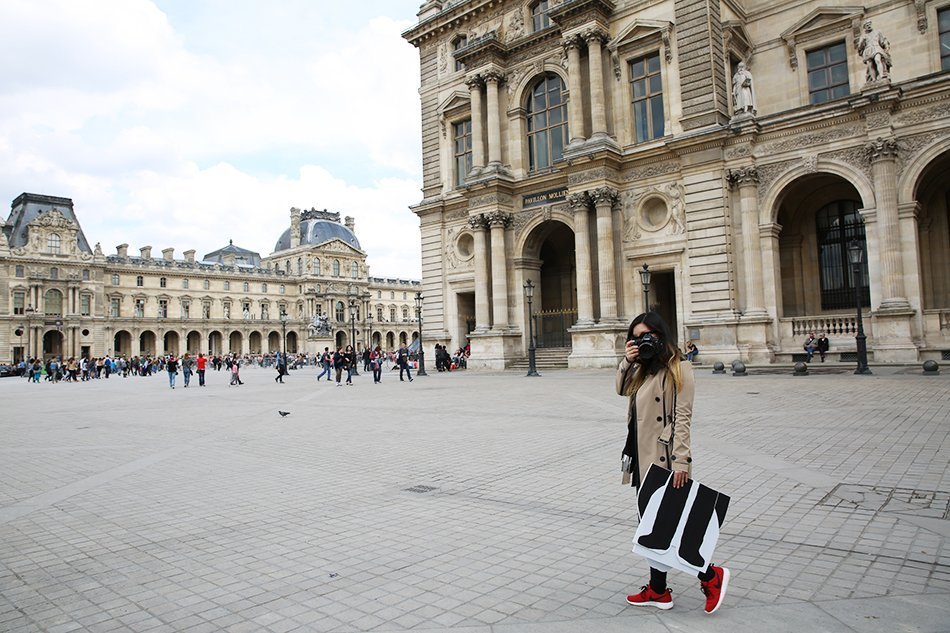 It’s no secret now that I took a lifesize cutout of my father around Europe with me. I backpacked Europe for a month after leaving my job, apartment and everything else behind in New York City. (READ: I left everything to travel the world for and with my father)

Since the project was published on Father’s Day, it’s been featured on People, Buzzfeed, CNN, Perez Hilton, Huffington Post, The Wall Street Journal, Daily Mail and HUNDREDS OF MEDIA SITES all around the world.

The amount of support pouring in has made me speechless. Words cannot express my gratitude for all of the comments, tweets, messages and emails I’ve received from everyone! I have also been asked tons of questions about my trip + project, so I thought I’d give you guys a behind the scenes look and answer a few FAQs.

1. How did you travel all over Europe with a 6 foot tall lifesize cutout?

The lifesize cutout came folded in half from the company I ordered it from online, but even that was too large for me to take with me (He was 6 feet tall). So I reached out to my good friend’s father, who is an Industrial Designer, and he gave me measurements and specifications to score it. Scoring is a slight cut through material in order to fold it flat. It doesn’t cut straight through.

I took a box cutter and scored it in two additional places so that it folded flat. The original plan was to fold it flat and fit it into my backpack, but I didn’t do a great job at following the exact measurements so it didn’t fit (#fail). I thus had to carry it around with me everywhere I went!

2. Did you have to buy an extra ticket for the cutout while traveling? Absolutely not! I was very budget-conscious during the entire trip, since I didn’t have a steady form of income at the time. The buses and trains were a breeze. The airlines that I flew with allowed me to take the cutout onboard in addition to my carry-on item (my 35 pound backpack). I was nervous in every single airport before checking in. I just KNEW they would make me check it, or count it as my only carry-on item, but no one said anything and let me take the cutout on with me. I was so very grateful.

3. What inspired the idea to take a lifesize cutout with you to Europe? 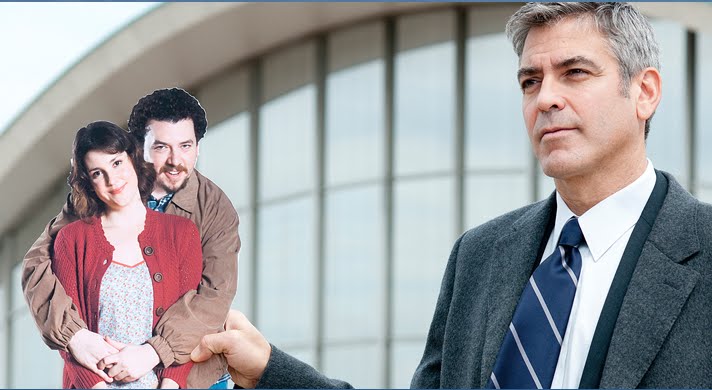 I was originally inspired by the movie ‘Up in the Air’ with George Clooney. His soon-to-be-bride sister asks him to take a photo of them in different cities, so that they can compile everyone’s photos and make a gallery wall featuring the photos all over the country. Instead of doing a smaller photo, however, I decided to do a life-size version because I knew it would be more visually impactful and beautiful.

4. Did people stare at you or ask questions when you had the lifesize cutout while traveling? Lots of people turned heads and smiled while walking by, and some people even stood there to watch while we took the photos. Many people came up to me asking who it was – most people assumed he was a celebrity, probably because most cutouts are of famous Disney singers in windows of music stores or 9-year-old girls’ rooms. There were even people who took photographs of us taking the photographs!

There was one man in particular that I remembered meeting in Iceland who was backpacking from Italy. When I told him that the cutout was of my late father, he said, “You brought this so he could be with you in spirit.” I smiled and told him “EXACTLY.” It was nice to hear that someone immediately knew the purpose behind the project even before it was finished.

4. What was it like taking the photos with the cutout in front of these iconic places? It was most definitely a process! We had to consider the lighting, the angle, the pose and the crowds. We probably took hundreds of photographs, in different areas around the locations to make sure we had the perfect shot. After selecting the final photos, we edited them to make them look as beautiful as possible.

5. Do you have plans to continue traveling?

Absolutely. I’m hoping to visit Spain, Croatia and the South of France in July. I would eventually like to visit countries in all the continents, meet wonderful people all around the world and continue to make lasting memories and enjoy life.

6. How did your family feel when they saw the project?

My entire family was so moved from the support we’ve received through the community, and the photographs of me and my dad together around the world made them so happy. It was such an amazing feeling to see my grandmother, mother, brother, cousins and aunts/uncles so excited to see the photographs. It brought me and my family a form of peace, and that was the purpose of this project. I am so humbled by the stories some of you have shared with me. I hope that this project will inspire you to continue pushing, fighting and to find hope in your future again. Never give up on your dreams, and I know you will soon find peace despite life’s troubles.

Over the next few weeks, I will be posting the photographs from my trip on this blog, documenting the food we ate, which hotels we stayed in, and some of the beautiful places we saw for the very first time. I hope they will inspire you to take a chance and travel the world to learn, live and grow.

And in case you missed it, view the full project here. 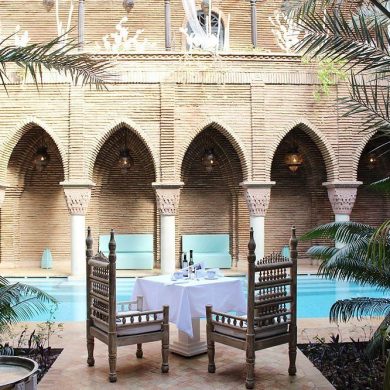